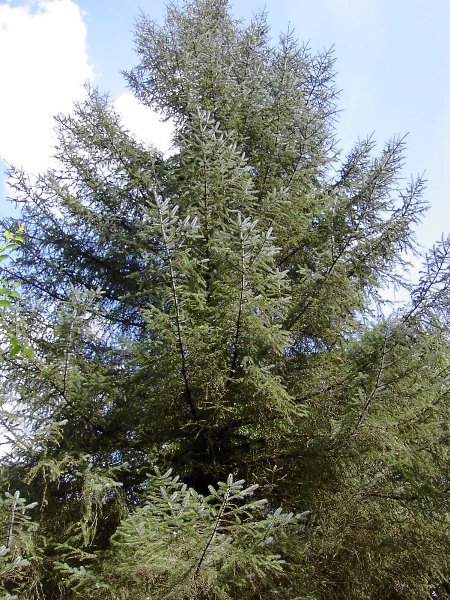 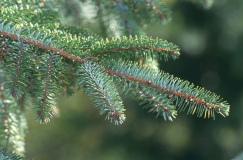 Use the drop down button below to select the seed quantity

Add to Cart
Although not usually a tree of great ornamental value it does have great merit for planting in difficult conditions. It is a native tree of the Pacific Coast of North America from California all the way to Alaska and can grow in many hostile environments. It is very tolerant of exposure and resists salt laden coastal gales. On deeper soils it is wind firm and long lived although trees planted in very shallow or waterlogged soils are prone to being blown over -but then so are most trees in hostile conditions.

Grows rapidly in areas of high rainfall and humidity and likes abundant moisture at the roots, if it is grown in drier areas it must be given a deep moist soil. A widely planted timber tree, producing timber even on poor peaty soils and succeeds in wet, cold, poor and shallow soils and even on pure chalk. Sitka Spruce grows fastest when planted on a soil with a pH between 4 to 6. It dislikes shade and atmospheric pollution.

It is slow growing for its first two or three years, though it soon becomes an extremely fast growing tree when planted in suitable conditions, growing at over 1m (3ft+) per year and is very widely planted for timber and in shelter-belts in Britain and other temperate areas

A long-lived tree, with specimens 700 - 800 years old being recorded. The massive San Juan Spruce is Canada's largest Sitka Spruce tree and stands over 62m (205ft) with a 11.7m (38.3ft) circumference. Astonishingly this tree has been granted no legal protection from the Canadian government and groups such as the Ancient Forest Alliance are fighting to protect the last remaining areas of old growth forest in British Columbia

Germination and after care information sent free with every order.

Sitka Spruce seeds are relatively easy to germinate and grow. The dormancy within the seed is short and easily broken and reasonable success can be expected even when seeds are sown without any form of pre-treatment. The benefit of  a short period of pre-treatment is that a greater percentage of seeds will germinate and the germination of the seedlings will be syncronised with most seedlings germinating within a few days of each other.

The pre-treatment is done as follows.

Soak the seeds in water for 24 hours. Fully drain away all of the water and place the seeds in a zip-lock freezer bag. Place the seeds in the fridge, it is important that during this period that the seeds do not dry out or are waterlogged otherwise the pre-treatment will be ineffective.

t is important to keep checking the seeds every week or so to make sure that they are not drying out. You could also at the start of treatment incorporate a little damp vermiculite or perlite, this helps to keep the seeds moist but not waterlogged.

After around 4 weeks under these conditions the seeds are ready to be sown.

Seeds should be sown into containers filled with a good quality general potting compost. Suitable containers could be plant pots, seed trays or plug trays or even improvised containers with drainage holes. Firm the compost gently and sow the seeds on the surface. If you are sowing in plug trays, sow 2 or 3 seeds per cell.

Cover the seeds with a couple of millimeters of vermiculite or failing that a fine layer of sieved compost. Follow with a gentle watering and keep them at room temperature. Germination will begin within a 10-14 days of sowing.

The seedlings are reasonably robust and trouble free and usually grow to a height of between 2 and 10 cm in the first growing season depending on the sowing date and cultural techniques.

Developing seedlings should be fine in full sun, keep them well watered and free of competing weeds.

​Growth will accelerate in the second and subsequent years and the developing young trees should be re-potted as necessary preferably during the dormant season. After perhaps 2 or 3 years they are ready to be planted in their permanent position